Uundergraduates Asked To Instill the Culture of Shoving Corruption 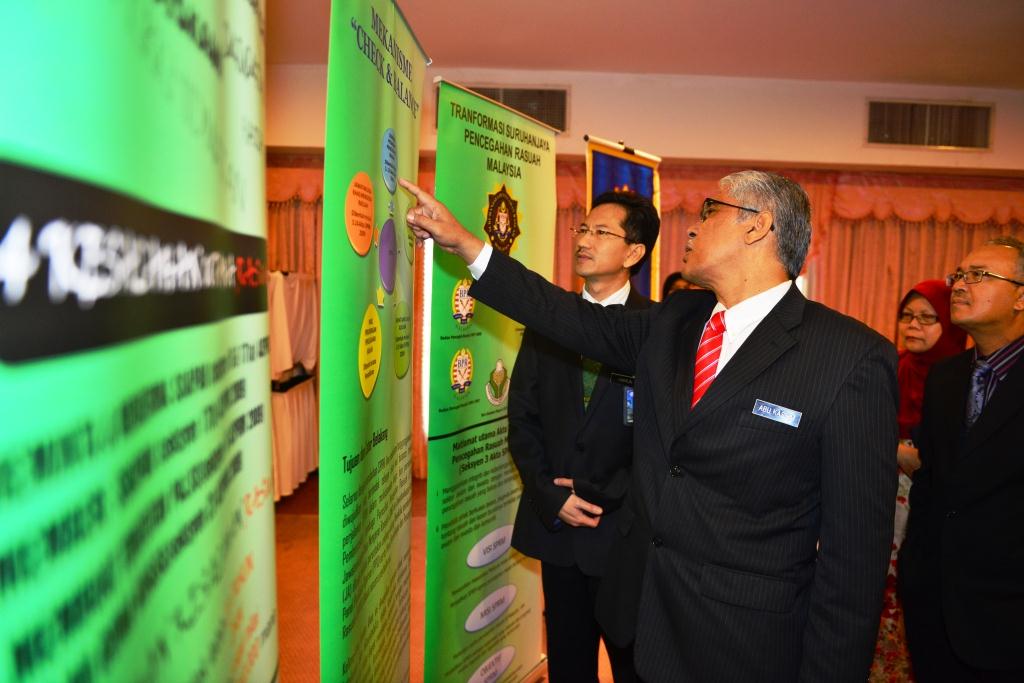 MONDAY, 1 APRIL – Corruption  is a crime that exists since human civilisation and expanded along with the nation’s development.  Eventhough corruption becomes the focus of whatever policies and strategies of national development, still until today, the issue of combating corruption remains the focus of discussions among it citizens.  This was stated by the Chief Commisioner of the Malaysian Corruption Prevention Commision (SPRM), Dato’ Sri Hj. Abu Kassim Mohamed when officiating at the Higher Education Institutes Corruption Prevention Secretariat 2013 Convention.

He said, undergraduates should realised their responsibility in helping the generation at Higher Learning Institutes (IPT) to curb corruption.  Thus he urged, through the Convention theme Undergraduates With Integrity, Avoid Corruption; staff of SPRM and IPT can make the change by inculcating the culture of shoving corruption and to instil on themselves that this crime is as heavy and serious as drugs, smuggling and etc.

He also hope that these programmes will increase their knowledge and awareness including their sincerity in fighting corruption at IPT level thus building quality human capital especially in terms of integrity and with a strong discipline.

Earlier, the Vice-Chancellor, Prof. Datuk Dr. Mohd. Harun Abdullah in his speech said such programmes are really beneficial in efforts to educate undergraduates in steering away from this menace, as they will be our future leaders.

Thus, he reminded all participants to benefit from the knowledge and information gained which is of high integrity and can be adopted to our present day practice and for the future.