RTM Documentary “Jejak 1609”: Proof of UMS Commitment In the Formation of Malaysia Day 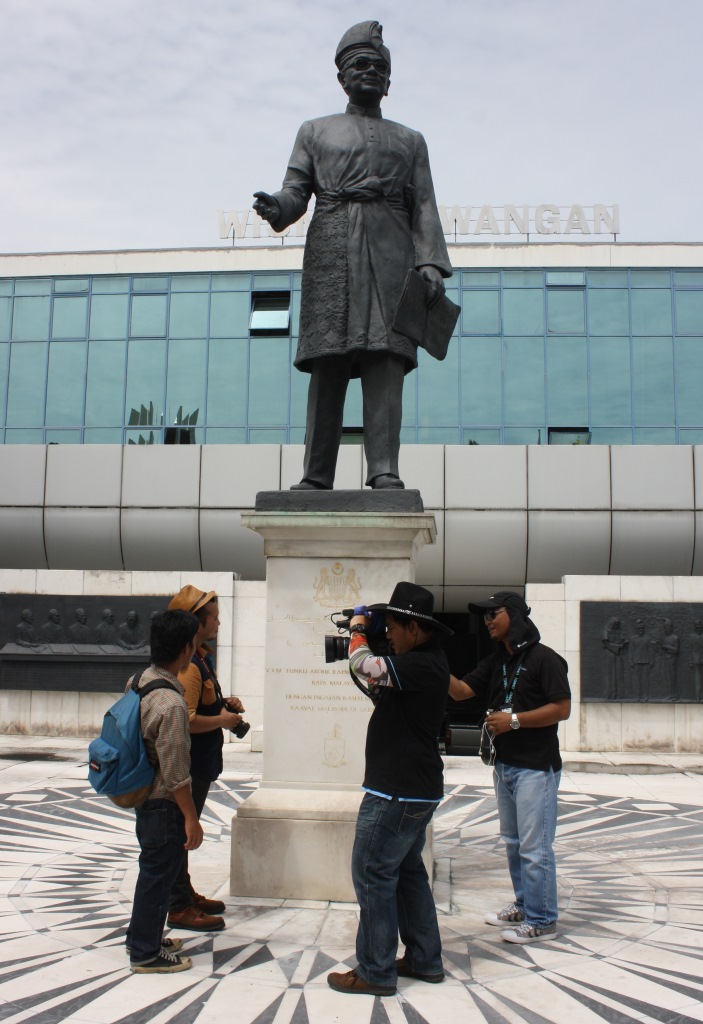 TUESDAY, 06 AUGUST – A documentary entitled “Jejak 1609” is now being shot on location. The documentary produced by the Broadcasting Department (RTM) Sabah under Producer Sugiman Ragai will be televised during the month-long Hari Malaysia celebration in September. The involvement of our Postgraduate students from the History Programme, School of Social Sciences (SSS) as the main actor and reference throughout the shooting which has been going on from 28 July until 21 August is something to be proud of.

The “Jejak 1609” documentary focuses on icons of independence in the form of monuments and historical buildings which are connected to the historical event. In fact, the storyboard of this documentary was the efforts by final year students of the Heritage Source Management Semester 2 2012/2013 session through their field work which was done under Senior Lecturer in the archaeology and cultural heritage, Baszley Bee Basrah Bee.

Hosts of this documentary Alvin Jilan along with Zainuddin Baco, a postgraduate student, is finishing his Masters degree in the field of Heritage Building Management in Kota Kinabalu. Three other Masters students are Nelly Majinus, Ab Nasir Roslan and Saiful Huzairi. Meanwhile, Baszley Bee also acts in this documentary and a point of reference for the crew.

It is hoped that this documentary would give an awareness and educate the Malaysian public on the role of Sabah towards the formation of Malaysia. Knowledge in history especially on the formation of Malaysia should not only be acquired in the lecture halls or through writings but also through mass media which is more creative. In fact, the field work done by History students of UMS should be featured to the public which contributes to patriotism towards the nation.

The collaboration between RTM and UMS especially SSS History Programme is not new in elevating cultural heritage and the history of this state. Last year, a similar documentary entitled “Mana Bendera Saya” was made. Among those who were involved in the documentary included Prof. Dr. Sabihah Osman (retired), Assoc. Prof. Dr. Bilcher Bala and Baszley Bee himself. This collaboration aimed at displaying the role and contributions of the Sabahans in the history of Malaysia was done with other government agencies namely State Archives and Malaysia Archives Department. – FL