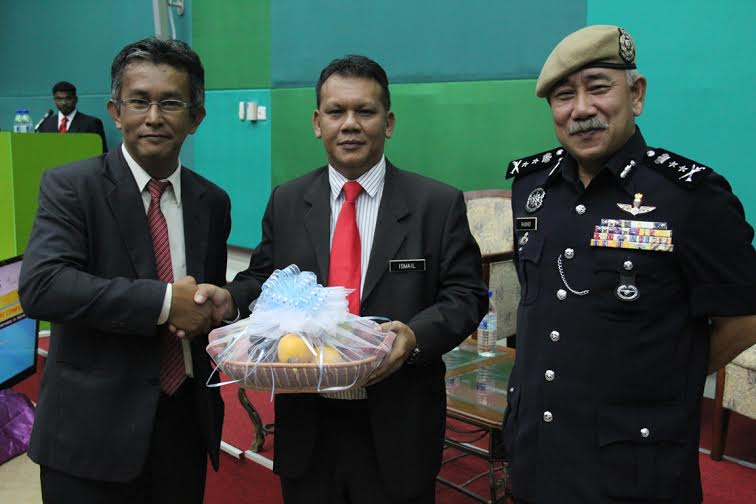 FRIDAY, 24 OCTOBER – Universiti Malaysia Sabah Labuan International Campus (UMSKAL) organised the First International Maritime Conference to continue its efforts in strengthening marine science for the benefit of the community and country in general.

Deputy Vice-Chancellor (Student Affairs and Alumni) UMS, Assoc. Prof. Dr. Ismail Ali said marine science was not only related to the control of marine but also marine management which included surface, ground and coastal, and anything associated with it.

He said that this field was endless.

“Without the world of maritime, our country will remain isolated from the outside world, whether in terms of trade or international relations. History has shown that the development of the Malacca Sultanate can only be achieved through trade and control of the sea and has placed it as a major trading centre in the archipelago where it was known at that time as the ‘Venice of Asia’,” he said.