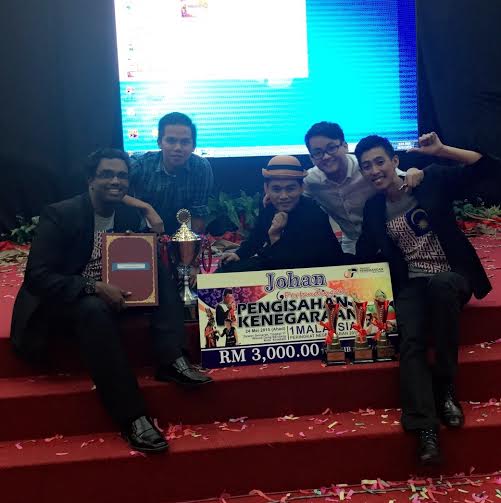 TUESDAY, 26 MAY – Lantera Bayu of Universiti Malaysia Sabah (UMS) will represent Sabah at the National Narration Competition 2015 in September.

According to the coordinator of the group, Rohani Hadi, Lantera Bayu was selected after giving their all at the National Narration Competition State Level organised by the Information Department at Wisma Dang Bandang Building last Sunday.

“At the competition, a total of six groups competed at their respective zones where Lantera Bayu represents West Coast South,” she said when contacted by media.

With the theme ‘Seniman Sudirman Tiada Gantinya’, the group amazed the audience with their performance.

“We received a standing ovation after our performance that touched on the ups and downs of the life story of the late Sudirman, the artiste who brought Malaysia to the international arena,” he said.

Meanwhile, coach for Lantera Bayu, Fandyi Sanizan was proud of the achievement and described it as a result of the commitment and dedication of all members of the group.

He added that he would try to see areas that could be improved on, especially with regards to the quality of the group’s performance.

“We want this group to give a stiff competition and bring honour to UMS at the national level,” said Fandyi, who is also UMS alumni and was the winner at the same competition in 2014.