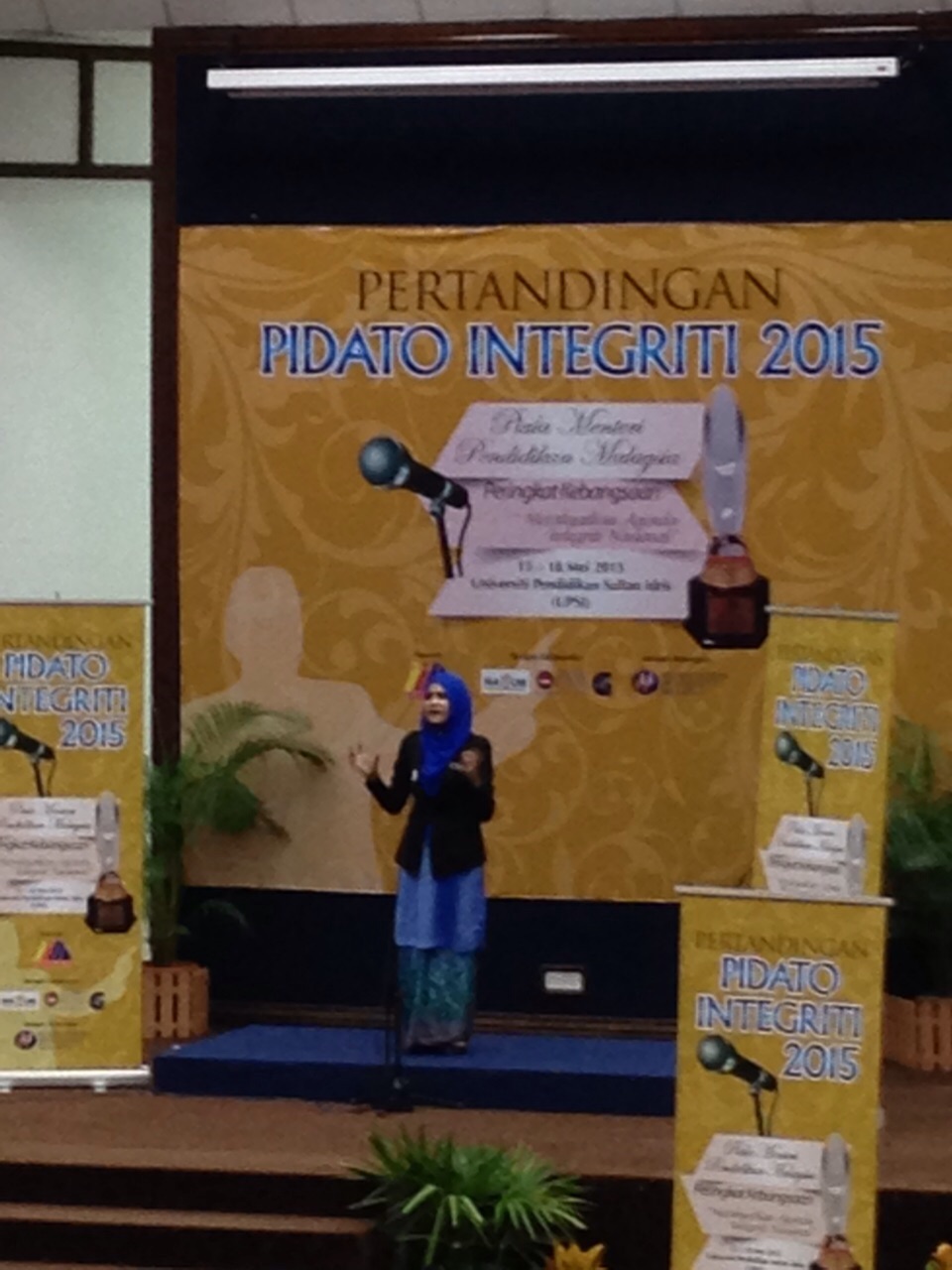 According to Student Affairs Department (HEP) Officer, Rohani Hadi, the sole participant was Azieyana Aziz, a final year student of the Faculty of Education and Psychology.

“Azieyana gave a stiff competition with her arguments and ideas and managed to include herself among the 15 shortlisted orators from among 60 participants,” she told media.

However, she added that luck was not on her side for the UMS representative was placed seventh at the quarter-finals.

Describing the competition was the best platform for students to improve on their soft skills, Rohani praised the performance by Azieyana that was fairly energetic and encouraging.

“It was also used as an exposure to familiarise students to be in front of a crowd and to build their self-confidence,” she further added.

The four-day competition was participated by all Public Universities, including Teacher Training Institute (IPG). – SS (fl)