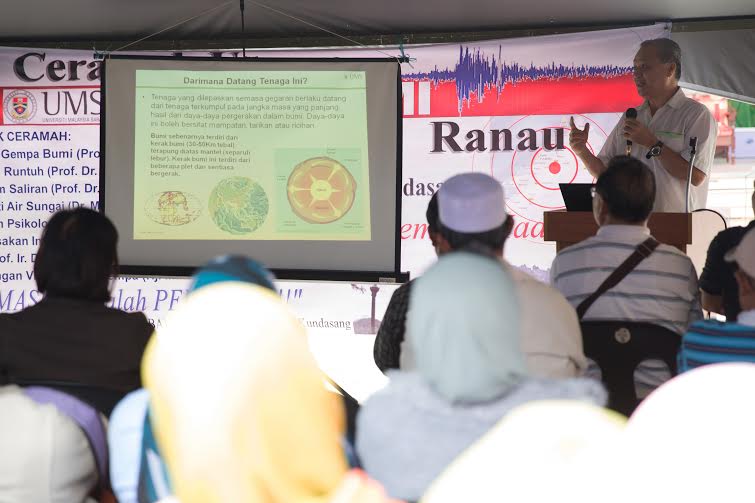 THURSDAY, 9 JULY – The public, especially those staying around the foot of Mount Kinabalu are advised not to panic with the earthquake aftershocks.

According to Geology Lecturer, Universiti Malaysia Sabah (UMS), the aftershocks recorded to have occurred more than 100 times are ordinary and harmless.

“Strong tremors are predicted to occur only in the next 25 years based on study and history of earthquakes in this country,” he said during his lecture on the Science of Earthquake in Kundasang yesterday.

Taking the example of several countries such as Japan and Taiwan, he said such tremors were part of the countries’ life.

He said Sabah was still new and caused many to panic even though the aftershocks were normal and considered not dangerous.

“The only thing dangerous are those objects placed at a high level that could fall on us. Therefore, avoid storing heavy objects at a high area,” said the Director of the Centre for Research and Innovation UMS.

Professor Dr. Felix also advised residents to continue with their normal activities as usual while keeping alert at all times. – SS (fl)