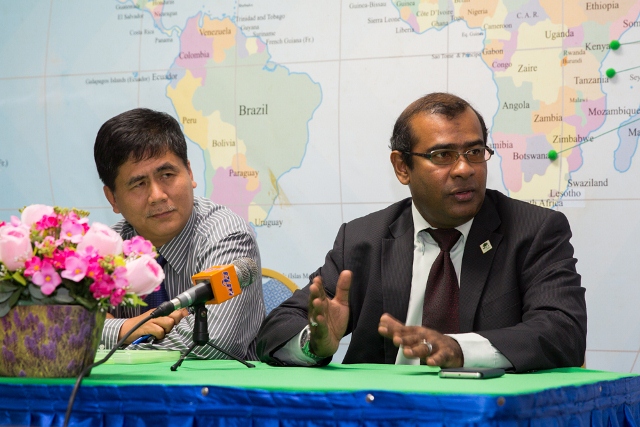 FRIDAY, 31 JULY – A total of 17 participants from 10 third world countries such as Cambodia, Tanzania, Botswana and Vietnam will participate in the development of Sustainable Ecosystems and Biodiversity Conservation through the Third Country Training Programme (TCTP) 2015 that will start on 6 August.

The annual programme organised by Universiti Malaysia Sabah (UMS) through the Institute for Tropical Biology and Conservation (IBTP) and the Sabah State Government aimed to increase awareness on the aspects of biodiversity conservation among the participants comprising government officials of each participating country.

“This programme is necessary because there is an increase in the unique biodiversity and ecosystem conservation found in this state to be shared with participants from other countries.

“This is consistent with the objective of developing the country’s biodiversity policies as the centre for research, conservation and proper use of tropical biodiversity by 2020,” he said.

He was speaking at a press conference at the Seminar Room of IBTP, recently.

According to him, UMS had always been a good example of biodiversity conservation by other developing countries in addressing environmental problems in their own ountries.