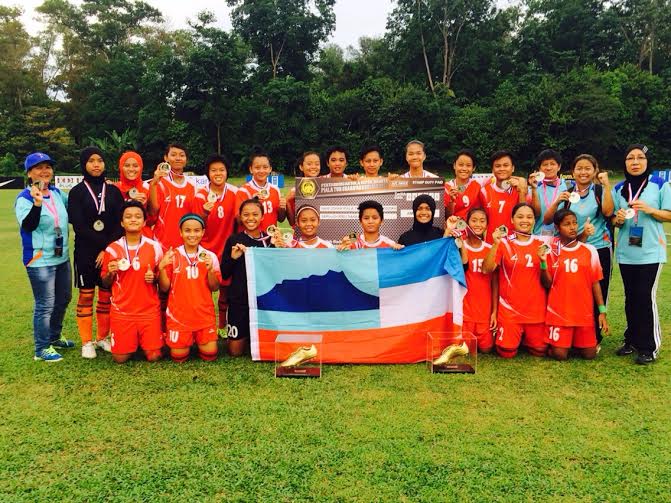 The championship which was held for seven days at Universiti Kebangsaan Malaysia (UKM) saw her prowess in steering her team mates, being the captain of the team.

The result, at the group match, Sabah trounced Negeri Sembilan 16-0, Penang 7-0, defeated Sarawak 3-0 before finishing off Selangor with 5-0 aggregate, while sitting comfortably at the top spot.

Jaciah again showed her supremacy in the semi-final match when, along with her team mates thrashed Royal Malaysian Police (PDRM) even though they scored earlier before equalised it with 1-1.

PDRM almost confirmed their spot at the finals when they scored another goal before Sabah made another equaliser making the final score at 2-2 until the match ended.

Luck was more on Sabah’s side during the penalty when they scored 4-2, meeting the Malaysian Indian Football Association (MIFA) at the finals.

Jaciah and other players had to battle at the finals as the opponent was quite a match.

Both teams were on attack mode before eventually settling at 1-1 when the final whistle blow.

However, fate was not in Sabah’s favour when the team lost on penalty shoot-out.

Jaciah, when contacted by UMS media expressed her satisfaction with their achievements and thanked the university for their support shown.

“In addition to working under Security Division UMS, I am also determined to continue to bring honour to the university, both nationally and internationally,” aid the player who is also a team member of the national women’s football squad. – (fl)