KEKAUMAS Organises Programmes for Its Members 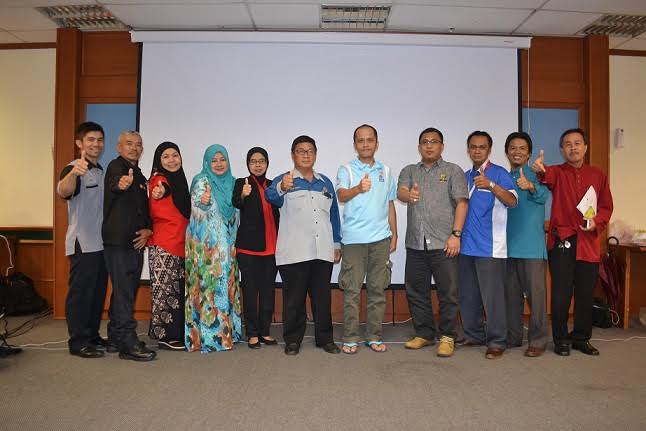 FRIDAY, 28 AUGUST – Committee Members of Universiti Malaysia Sabah (UMS) General Staff Union (KEKAUMAS) have lined up a number of programmes until the end of 2015.

Its President, Amat Jutrah Haji Musnih said, the programmes have been neatly drawn up after fine-tuning some technical glitches.

He said, among the programmes lined up were courtesy calls to every Department, Faculty, Unit and Institute in all areas where support staff are placed, organising of seminars, sports activities among KEKAUMAS and family day.

“The KEKAUMAS Tour started on 24 August with a meeting with staff from every department at its main campus, UMS Labuan International Campus and Sandakan,” he said.

Meanwhile, the games organised included a KEKAUMAS President’s Cup Badminton Championship, which is opened to all members.

Entries for the championship will be made available, or through the Vice President of KEKAUMAS, Abdul Jalil Sapli.

Amat said, such activities would strengthen the relationship amongst all its members including the exchange of ideas for the development of the union. – SS (fl)
Source: Azri Onn