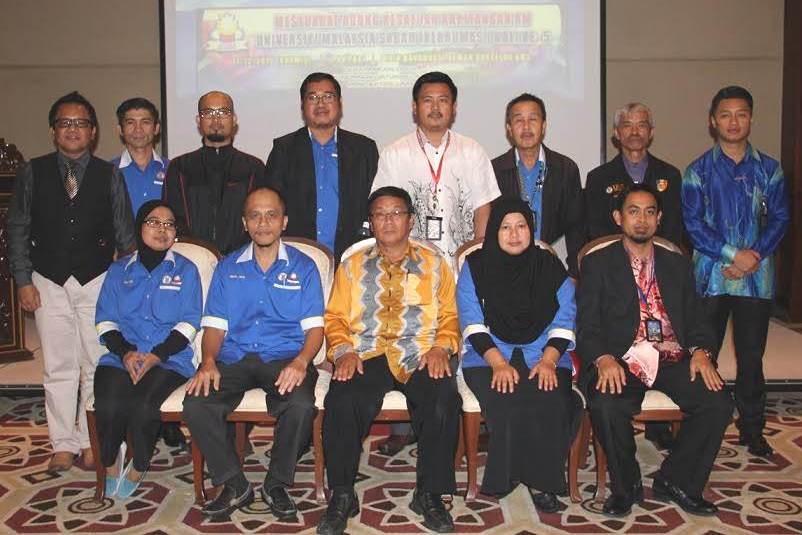 The recent Kekaumas election, held at the Banquet Hall, UMS Chancellor Hall, saw the results of Mrs Arnah @ Zubaidah Haji Sainudin was appointed as the Secretary while the Assistant Secretary position was held by Mrs Salmiah Haji Tertib.

During the election, two hundred members including the EXCOs attended Kekaumas 5th Annual General Meeting. The meeting was officiated by UMS Registrar, No’man Datuk Haji Ahmad. Amat Jutrah in his welcoming speech said that this year was considered as historic because of the large number of candidates competing for positions in the election of Kekaumas EXCO 2016-2017 session.

He also mention that the union’s achievement in implementing the management shown the sincerity of the members to work closely together and tries to increase the union’s activities in the future.

Meanwhile, No’man in his speech urged all elected EXCOs including Kekaumas members to propose the best suggestions to the university’s management.

He also added that since the EXCOs are among the chosen by members, they will, of course, play their role in thinking and giving out their best suggestions on making income generation so the university’s budget allocated to the union will be returnable. Furthermore, the union’s EXCO chosen by the members are intended to aid the President in voicing out the best opinions and suggestions that can be address to UMS top management.

“If choosing a union’s committee members are just based on friendship, well-known or just because of taking chances, or even because of they are the old-timer, but not choosing because of their commitment and fights for the union; thus, this will lead to weakening of the struggle even though the leadership have tried to work hard in implementing it,” he added.

No’man also mentions that the union’s strength is depended on with the commitment and cooperation among the EXCOs, in any consensus that will be carried out.