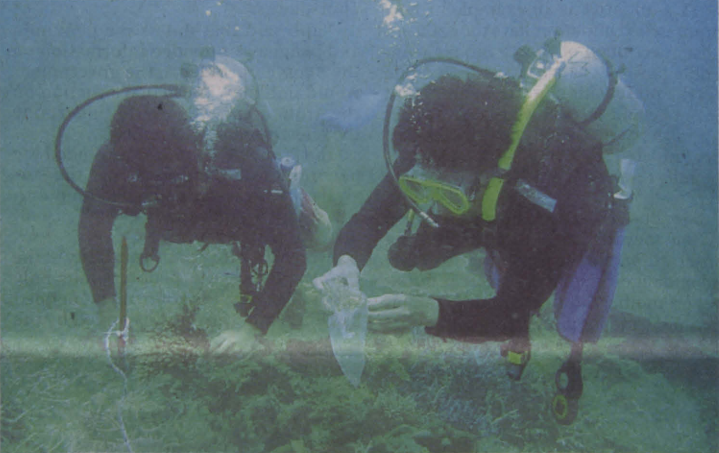 Kota Kinabalu – The most comprehensive checklist of the largest reef-building corals in Sabah, the staghorn corals (Acropora spp.), was recently published by a team of researchers from Universiti Malaysia Sabah (UMS) in the November issue of the international journal Zootaxa (Magnolia Press).

The researchers reported 83 species of staghorn corals occuring in the waters of Sabah through review of published accounts within the last three decades by various research groups, and records of voucher specimens deposited in the Biotechnology Research Institute (BRI) and Borneo Marine Research Institute (BMRI) of UMS, and the Museum of Tropical Queensland, Australia.

The richness of staghorn coral fauna reported for Sabah parallels that of Indonesia and is comparable to the diversity reported in other neighbouring countries. It accounts for 70 per cent of the 120 staghorn species identified globally.

"The number of staghorn coral species we tallied for Sabah is nothing short of impressive as its coastline is relatively much shorter in contrast to other coastal nations in Southeast Asia. Our findings further highlight the staggering diversity of Sabah's biological resources in the marine environment, apart from the terrestrial realm."

Twelve staghorn coral species in the checklist constitute first records for Sabah including a rare species, Acropora suharsonoi, which was collected during marine bioprospecting project undertaken recently by BRI.

"The highest number of staghorn coral species was recorded in Darvel Bay, followed by the Bangi group of islands, and the waters off Semporna. The corals of Darvel Bay are the best studied in Sabah and much of the current knowledge regarding its biodiversity is attributed to a 1998 scientific expedition led by researchers from Denmark and BMRI" said Rolando Robert who is the first author of the paper.

A third of the staghorn corals of Sabah are listed as threatened by the International Union for the Conservation of Nature (IUCN). The Banggi group of islands was recently gazetted as the largest Marine Protected Area in Malaysia in the middle of this year, a decision influenced greatly by information imparted by various scientific studies on coral reefs at the site.

"The publication from UMS agrees with the decision taken by the Government in this regard, " said Dr Abdul Fatah bin Amir, Director of the Sabah Biodiversity Centre.

Dr Fatah added that the information disclosed in the checklist would promote deeper taxonomic resolution at which future studies concerning staghorn corals are conducted. Baseline information and continuous monitoring efforts are necessary to gauge for changes in the staghorn coral biodiversity of Sabah in light of intensified climate change and coral reef degradation occurring around the world.