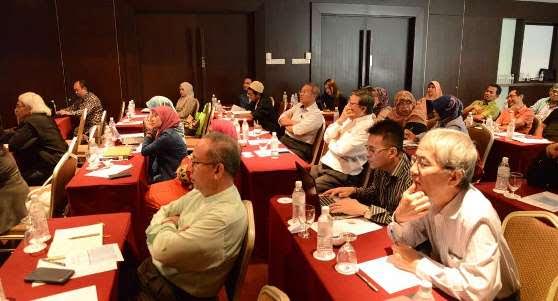 TUESDAY, 23 MAY – The Faculty of Humanities, Arts and Heritage (FKSW), Universiti Malaysia Sabah (UMS) recently held an Academic Retreat to discuss and improve the syllabi of all their 10 programmes offered to meet with the fast developing world of education.

The retreat was also in line with the introduction made by the Higher Education Section of the Ministry of Education Malaysia, in the Malaysian Education Development Plan 2015-2025 (PPPM 2015-2025) that outlined the 10 shifts in strengthening the education system.

According to a statement issued, the retreat was held after a series of audits performed under the Malaysian Qualification Agency (MQA) in strengthening quality and value of the faculty’s graduates to meet employers’ demands.

The retreat was also held in preparation for the MQA audits in July 2017.

The statement added that audit checks under ISO and SIRIM would be done between three and five years on all programmes offered by FKSW to streamline all curriculum as well as academic welfare towards achieving excellence for the faculty and at the same time the university itself.

FKSW took a positive step in ensuring that UMS would be able to compete at international level by making sure that all programmes and courses offered are constantly upgraded and improved. - FL