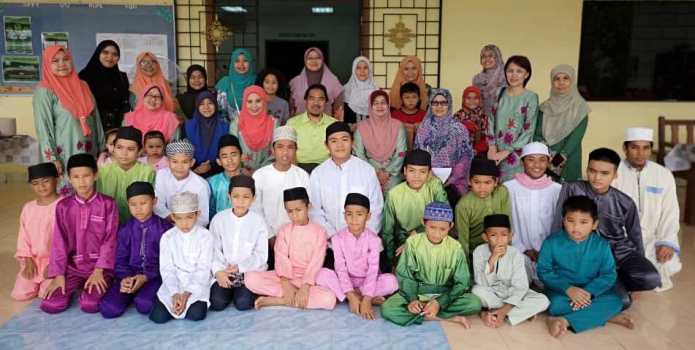 WEDNESDAY, 05 SEPTEMBER – A total of 21 poor and orphaned children of Home Tuaran situated at Kampung Kota, Tuaran Sabah were made ‘adopted children’ by some members of the Housewives and Women Staff Club Universiti Malaysia Sabah (KESUMBA) during the club’s recent visit there.

The programme called, ‘Ziarah Ukhuwah Fillah dan Projek Anak Angkat Bersama Home Tuaran’ saw the President and some Exco members of KESUMBA visiting the centre and distributed goodies to the inmates of the home.

Among the objectives of this programme were to express love and concern towards the needs of surrounding community making members of KESUMBA as ambassadors of UMS who champion those who are underpriviledged.

“This visit is also to strengthen relations between the two parties and sustain the relationship through the adoption of the children”, said the Religious and Welfare Bureau Chief, Norazah Hamzah who was the organiser of the programme.