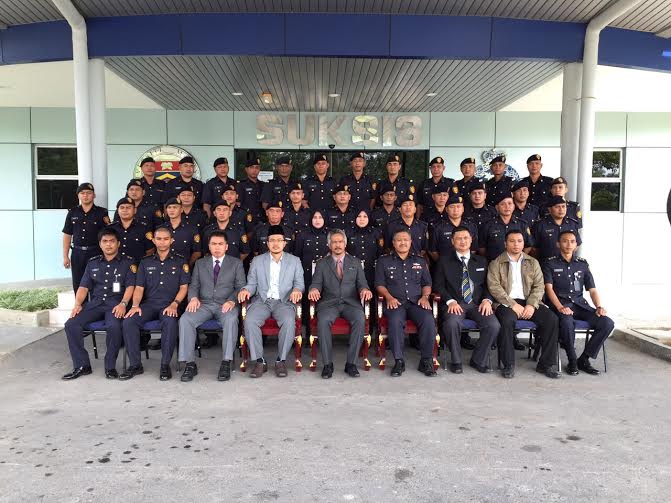 MONDAY, 23rd MARCH – A total of 34 Universiti Malaysia Sabah (UMS) Security Division officers will undergo their Basic Auxiliary Police Training Series 1/2015 beginning this Wednesday.
A Security Officer, Massalinri Mohd Tahir, said that this is part of the requirement needed for their staffs to be recognized as Auxiliary Police.
“Involved officers will be trained at Kepayan Police Training Centre (PULAPOL) for 63 days,” he said when met by media.
He also added that they are obligated to stay in PULAPOL during training.
“This is the first batch that will we trained since UMS Security Division was approved by Royal Malaysian Police (RMP) to be absorbed as Auxiliary Police on 24th last December,” he explained.
Every personnel in the Security Division will go for their training by series, until all of their staffs fulfil the criteria needed.
This morning a ‘Majlis Doa Selamat Anggota’, prayer for officers, was held for those who are involved in the 1st training series.
Present during the ceremony was Acting Registrar, No’man Haji Ahmad representing UMS Vice-Chancellor, Prof. Datuk Dr. Mohd. Harun Abdullah. –SS(JA)-
Photo: Johaidi Ismail