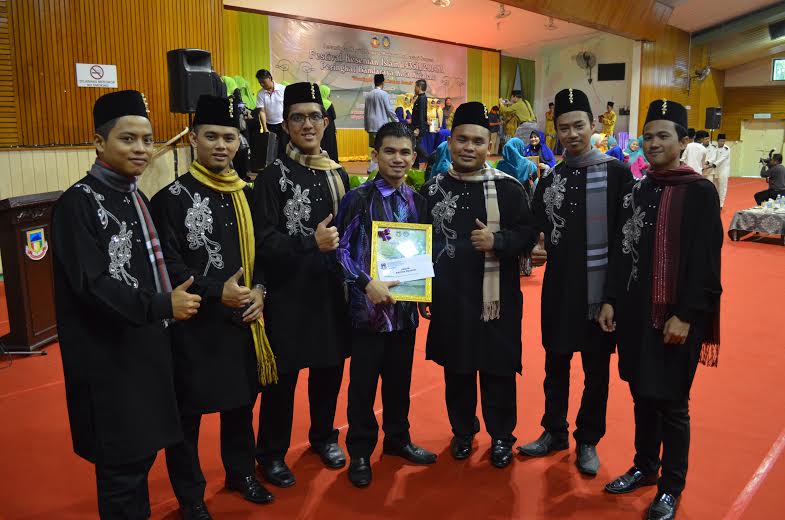 Known as ‘In D’Heart’, the group performed in a song entitled ‘Fikir’ or Think which wowed the judges’ hearts and was crowned champion in the Modern and Traditional Category.

The group received cash prize of RM600 and a certificate of participation.

When asked about the key to their success; the group leader, Mujahid Halpi attributed it to the high commitment of each member besides the vocal strength which the group considered as a gift of Allah SWT.

“In addition, the Student Cultural Affairs Unit also provides lots of advice and encouragement. We also receive strong support from the Chairman of ‘In D’Heart’ Club, Mohamad Juhar Harun and the President of the Student Representatives Council (MPP) Fandyi Sanizan Jurup who had helped us with our needs before, during and after the competition,” he said.

Stressing of his strong interest in Nasyid, Mujahid also shared that their involvement was part of effective preaching besides putting UMS at a higher level in the nation’s nasyid industry.

“Therefore, we hope that the university would be  able to provide nasyid equipment here. I can see that there are a lot of potential among university students in the nasyid arena,” he added.

‘In D’Heart’ nasyid club was formed in 2012 and performs actively in public events such as Tamu Gadang, etc. – SS & SM (fl)