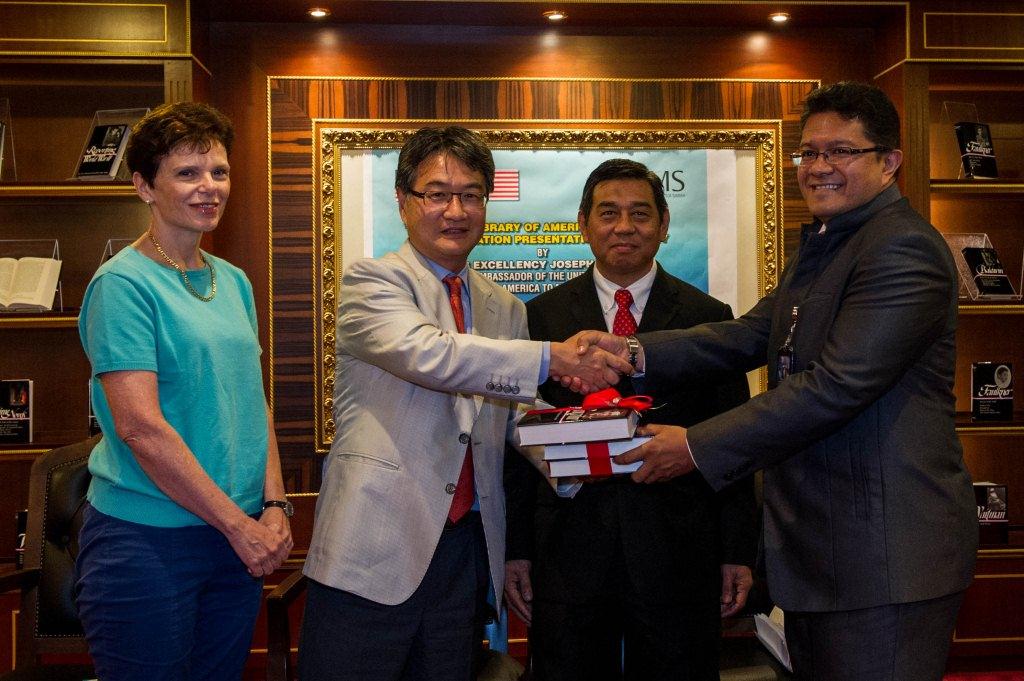 TUESDAY, 10 DECEMBER – Universiti Malaysia Sabah (UMS) welcomes student exchange programme from the United States of America to this EcoCampus university as an effort to develop and improve on education for both countries.
According to the Deputy Vice-Chancellor of UMS, Assoc. Prof. Dr. Kasim Md. Mansur, UMS is ready to enrol students from the USA to further their studies in UMS thus creating a scientific research collaboration.

He said this when officiating at the Handing Over of Books from the Library of America Series to UMS Library which was held at the Prime Collection Section.

At the ceremony, 100 books were donated to the library in the form of novels, poems, essays and dramas from well-known American writers. Among them were the Lincoln Anthology, Mark Twain, Henry David Thoreau and Parkman. The books were handed over by the US Ambassador to Malaysia Joseph Y. Yun to Senior Deputy Chief Librarian, Haji Zawawi Tiyunin.

Earlier, Joseph said that the handing over of books was an initial step towards fostering closer ties between America and UMS Library, and Malaysia generally.

“Malaysia and America has something in common, that is its populations are made up of different races and religions. Hence, prejudices and differences should not be a big issue but to find a common ground and improve on the existing cooperation,” he added.

Also present was the wife of the ambassador, Dr. Melanie Billings-Yun. – ZMD