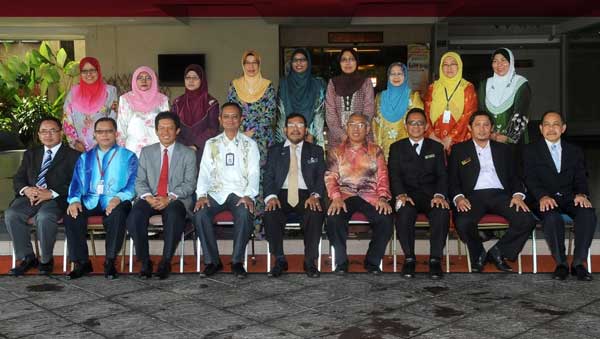 According to the Chairman of the Meeting for the 2013/2015 session, Hj. Rizal Othman, the meeting was an avenue for treasurers and bursars to gather and discuss matters pertaining to financial management. Among them were governance, reporting and financial operations.

“Besides that, the issue of sustainable financing, current economic needs and innovation were also discussed as part of the yearly agenda,” he said in his welcoming speech before the start of the meeting.

Hj. Rizal who is also the Bursar of Universiti Malaysia Sabah (UMS) said for the 2013/2015 session, each meeting would include knowledge sharing among its members.

He also added that a seminar on Value Management would also be held at Putrajaya as part of their activity at this 66th meeting.

The meeting held every quarterly comprised all 20 Treasurers and Bursars of IPTA in Malaysia. University Teknologi Malaysia (UTM) is expected to be the next host for the next meeting which will be held at the end of January 2014. All 20 IPTA take turns to be the host. – SS