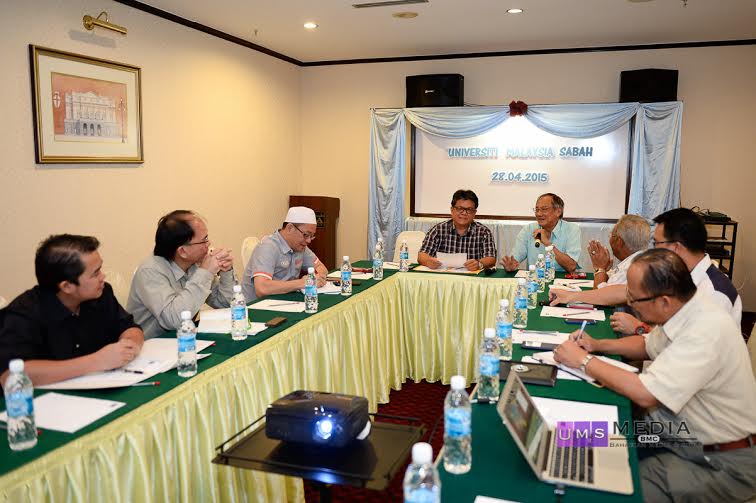 WEDNESDAY, 06 MAY – Universiti Malaysia Sabah (UMS) planned to set up a farm that covers about 10,000 acres in the district of Keningau in future.

This was expressed by the Chairman of the Board of Universiti Malaysia Sabah, Tun Zaki Tun Azmi to Sook Assemblyman, Datuk Ellron Alfred Angin at a meeting in Keningau recently.

Tun Zaki said the establishment of the farm was needed for the benefit of the future generations through research and knowledge transfer relating to UMS students under the Faculty of Sustainable Agriculture (FPL).

Meanwhile, Datuk Ellron welcomed the proposal which he deemed able to improve the agricultural industry in Keningau.

“I strongly welcome the proposal by UMS, more so when the people in Sook are mainly into agriculture. Thus, with the establishment of this farm would encourage them to adopt modern farming methods,” said Datuk Ellron, who is the Assistant Minister in the Chief Minister’s Department Sabah.

He also suggested to UMS to get the involvement of the local community in ensuring the success of the farm.

He said a joint-venture could also be achieved through the construction of a site farm on communal titles such as those already developed by some private parties before.

“For example, in Sook alone, more than 50,000 acres have been developed in collaboration with the private sector and community,” he added.

Earlier, Dean of FPL, Professor Dr. Wan Mohamad Wan Othman in his briefing said, the establishment of the farm would provide employment opportunities for the locals, became the major supplier of animal feeds besides being the catalyst to the development of the livestock industry chain in Sabah.

“It is also an effort to reduce imports of livestock feeds and another step for the university to generate financial resources for the benefit of the young generation studying in UMS. More importantly, the said farm would provide the platform for practical training to the students to practice their knowledge and skills learned after they graduate,” he further added.