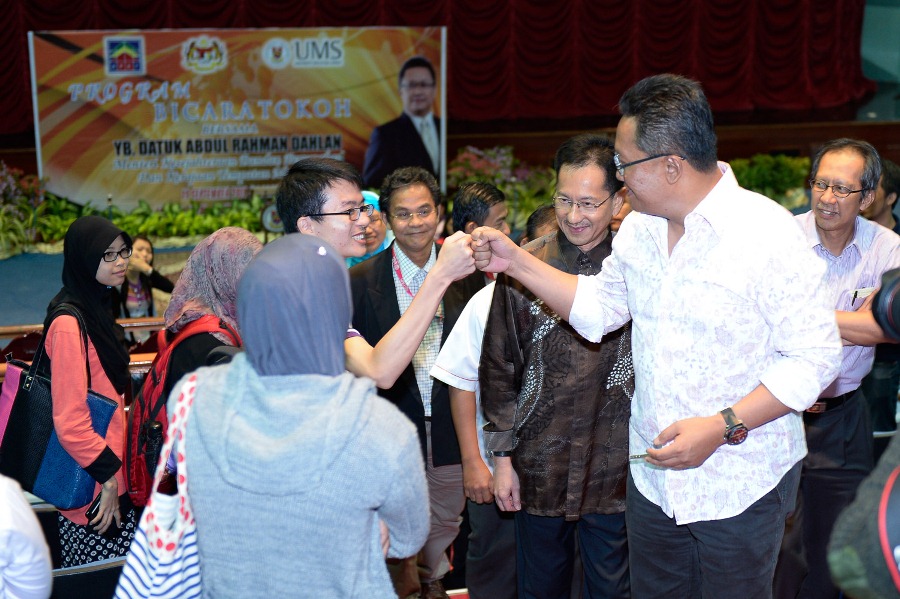 MONDAY, 22 SEPTEMBER – Sabah and Sarawak will not find it easy to be separated from Malaysia after undergoing various progress and development under the present government.

This was stated by the Minister of Urban Wellbeing, Housing and Local Government, Datuk Abdul Rahman Dahlan at the Bicara Tokoh Programme held at Universiti Malaysia Sabah (UMS) recently.

He said Sabah had now grown into a developed state where its people can enjoy a wide range of development and progress brought about by the federal government.

“It is not easy for Sabah to rescind from Malaysia because they only know to say leave, after that who will care for us; the army, our economy, international relations, inflation and our standing in the world,” he said.

About 400 UMS community attended the talk which was presented by Datuk Abdul Rahman who was also the Member of Parliament of Kota Belud. Also present was the Vice-Chancellor, Prof. Datuk Dr. Mohd. Harun Abdullah. – SS (fl)