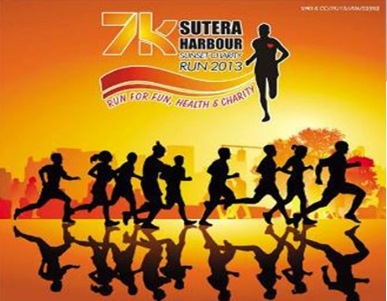 According to a statement issued by KRUMS, the run which covers seven kilometres will start and end at the Sutera Harbour Tennis Court.

The run will be flagged off by the Minister of Youth and Sports, Datuk Tawfiq Abu Bakar Titingan at 5.17 pm.

The 7K Charity Run had named Special Olympics Sabah and Sabah Thalassaemia Association as recipients to the proceeds of this run.

Traditionally, this run is held in the month of July but had to be rescheduled this year due to the fasting month and other celebrations which was held in August and September. - FL