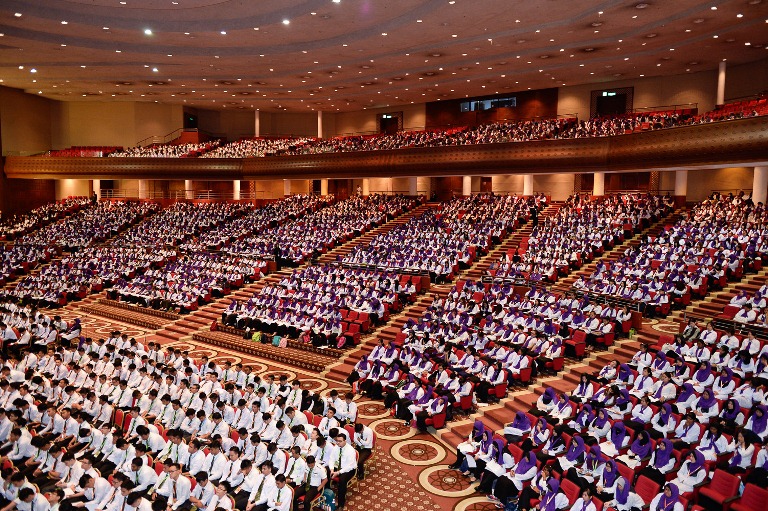 FRIDAY, 5 SEPTEMBER – The opportunity given by Universiti Malaysia Sabah (UMS) to poor students in pursuing tertiary education here had given a ray of hope to them.

In conjunction with the on-going Orientation Week or Minggu Suai Mesra (MSM), the Media and Citra Division crew had the chance to meet with two of the said students.

For Syazana Farhana James, she was thrilled to receive the offer letter that was handed over to her by UMS officers at the end of August.

“At first I was very disappointed when I checked the entrance results through UPU where my name was not stated in any of the universities applied. However, this opportunity given by UMS has given me a ray of happiness and I vow to study hard to change my family’s fate,” said this orphan who now depended on her self-employed mother.

Another student met, Mohd. Fadzle Kadir said he did not expect to get the offer from UMS as his family was poor and never received any offers before.

According to this sixth child out of nine siblings, he was surprised and thankful when he received a phone call from UMS informing him of his offer to pursue Entrepreneurship Programme from the Faculty of Business, Economy and Accountancy.

For the record, a total of 100 students who were poor were offered a place as undergraduates under the Entry Mode Mechanism for Bottom 40% Household Income recently. – SS (fl)