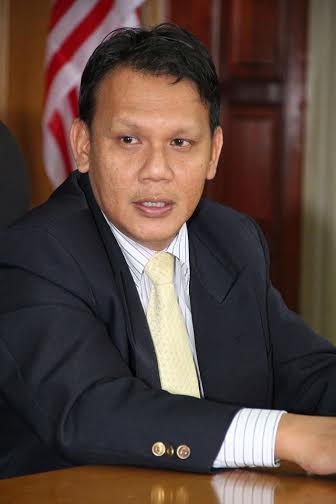 “Taking into account the abundance supply of bubuk in Sabah seasonally, being an iconic sea-based product and the much-awaited season, I am suggesting that it is time this bubuk season be included in our calendar as an official event in Sabah and Labuan,” he urged.

According to him, bubuk also known as ‘udang jerangau’ is a micro shrimp that only appear in certain seasons, in the month of January to March each year.

“Although the price of a kilogramme of bubuk during its season is only a few sen but the its processed by-products (shrimp-paste and cencaluk) bring lucrative returns to the producer,” he said, who is an expert in Maritime History.

He added, during bubuk season, the landing areas of this shrimp such as Tuaran, Kota Kinabalu, Papar, Kimanis, Kuala Penyu, Sipitang and Federal Territory of Labuan normally visited by fishermen and fish traders will be transformed into festival-like, swarmed by visitors who come to get fresh supply of bubuk.

As such, he said, through this festival not only it can elevate the food industry based on bubuk such as shrimp-paste and Cencaluk but it can also improve the socio-economic status of the community who were mainly fishermen, appreciate the maritime heritage of fishermen among the younger generation and create a new tourism product which could generate economy for the local communities.

“Its organisation is the same as other festival based on food such as the Sago Festival, Corn Festival, Coconut Festival, Cabbage Festival and the like, which are celebrated in Sabah every year,” he explained. – SS (fl)