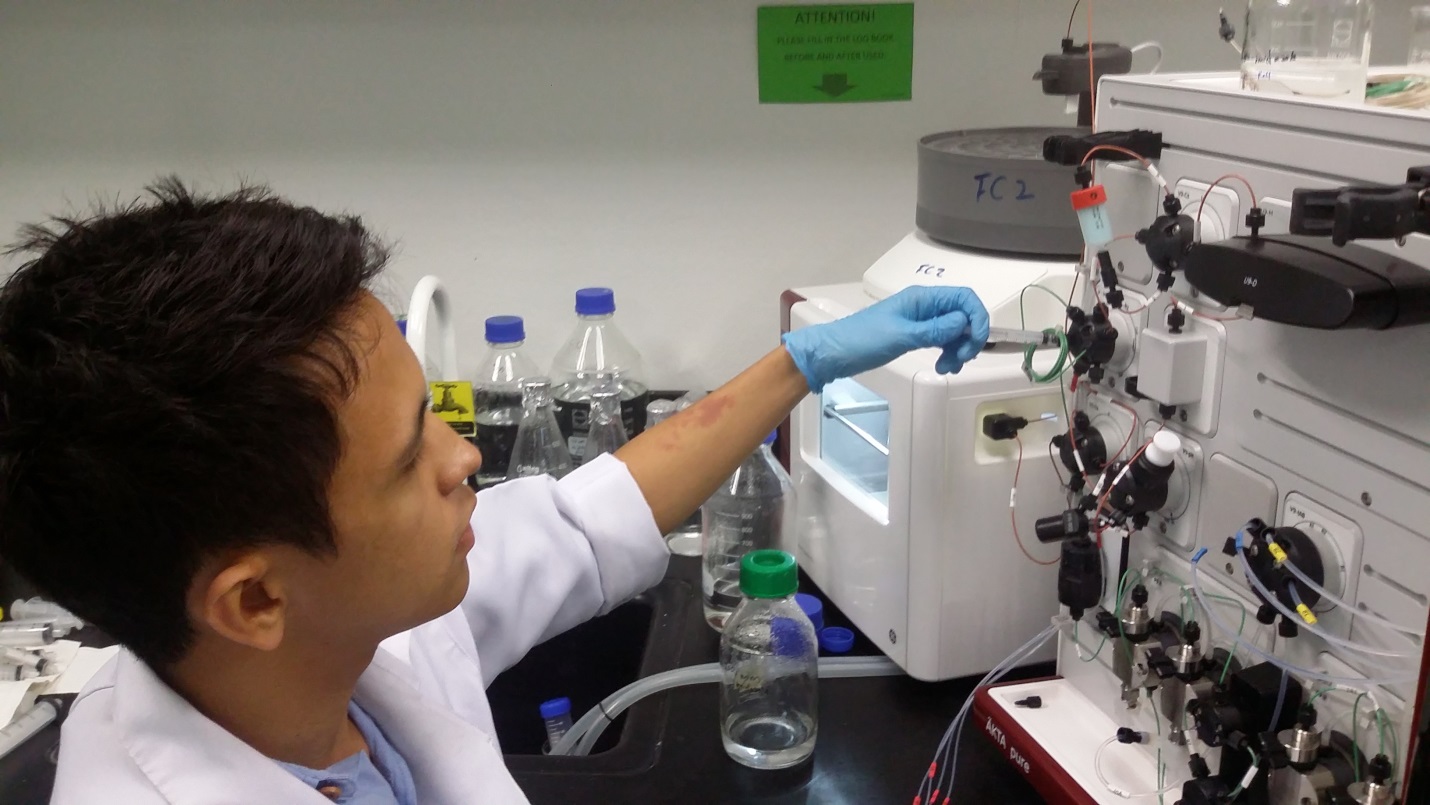 WEDNESDAY, 30 JULY - The World Intellectual Property Organization (WIPO) has recently published a patent develops at Universiti Malaysia Sabah (UMS). The international patent (Number: O2014011024 A1) relates to the production of recombinant fish growth hormone in bacteria using a synthetic genomics approach. Natural growth hormones are a benign alternative to chemical growth hormones as they were derived from the fish itself.
Unlike chemical compounds, recombinant hormones based on proteins break down naturally in the body of the fish itself and are not deemed to be a threat to consumers. The product has application in the aquaculture industry and can facilitate the reduction of the time spent for culture of fish as well as lead to a more efficient conversion of feed.
The patent was developed as part of the research work being carried out by Fernandes Opook, from Kudat, who is a Masters student specialising in recombinant DNA technology in bacteria at the Biotechnology Research Institute, Universiti Malaysia Sabah.
This technology enables the expression of a wide range of protein coding genes in bacteria and is highly economical, as bacteria can be cultured in laboratory fermenters, and requires a minimal financial investment. The gene is introduced into the bacterial host and proteins can be recovered within 24 hours of culture, following which they are purified and developed into ready to use products.
Recombinant DNA technology is the mainstay of the Biotechnology Industry and the production of recombinant proteins has not been carried out on an industrial scale in Malaysia. Once established, this technology can contribute significantly to the economic growth of the biotechnology industry. The principal investigator involved with the project, Dr. Kenneth Rodrigues is of the opinion that training more Sabahan scientists in recombinant DNA technology will facilitate the development of Sabah as a biotechnology hub in the near future.
The biotechnology industry, in most other countries has been founded on the development of local talents, who then attract financial investments and initiate the process of consolidation. It is hoped that this achievement by a young Sabahan researcher will serve as an encouragement to students who intend to take up a career in biotechnology. – (fl)