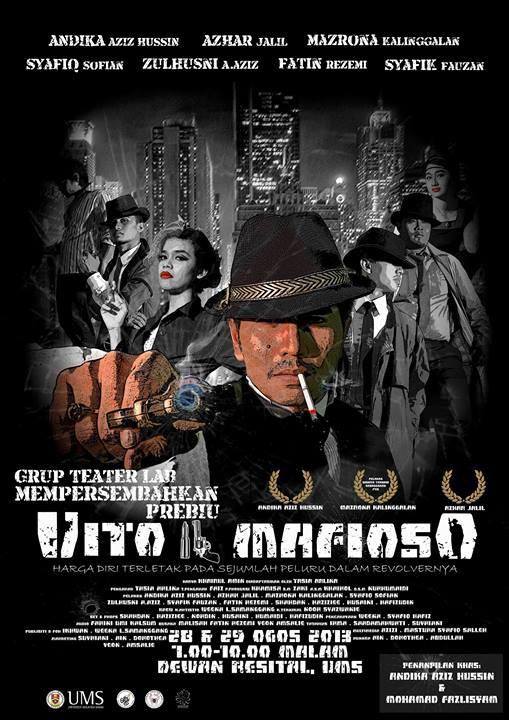 The festival which is organised by the Cultural and Arts Department Sabah (JKNN) will start from 2 to 8 September at the department’s auditorium.

G-Tel was set up in 1997 and comprises UMS students and alumni and will present a play called ‘Vito Il Mafioso’ which is an original idea from the MAKUM Dekon script.

The story is about the life of a man who shapes his future through intriguing twists. His vengeful mind towards the powerful and money has robbed him of his dignity and life which outlines his life story.

G-Tel will be having a preview of this show for two days starting from 28 to 29 August at the Dewan Resital, SPS starting at 7.00 pm.

The preview will feature the special advisor of G-Tel, Dr. Andika Aziz Hussin who plays the lead character known as Vito.

The preview tickets can be obtained through the Grup Teater Lab ‘Vito Il Mafioso’ Facebook priced at Rm5, RM10 and RM50. - FL