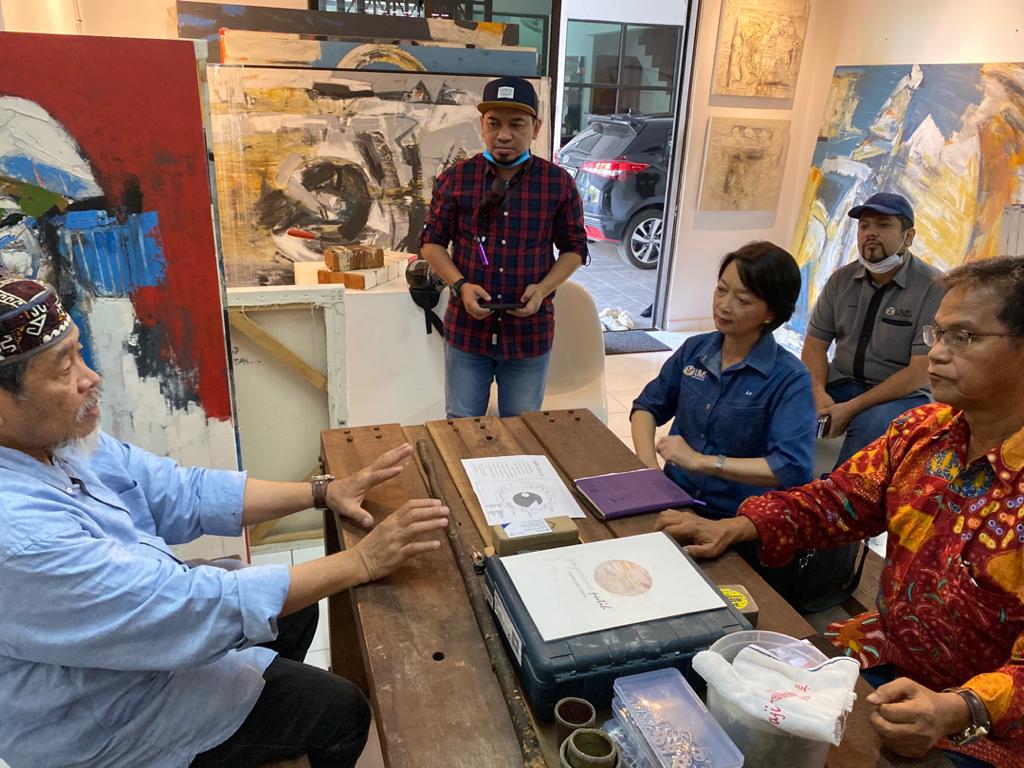 On arrival, the delegation led by the Director of GAH, Sarlona J. Gindug was welcomed by representatives from AmCorp Sdn Bhd led by Azmi Hashim, the Executive Chairman, for a short discussion. The delegation visited the World Culture Organisation (WCO) Art & Culture Gallery at Cheras, home of Miniature Culture on invitation by the founder, Foo Loke Kee, an accountant by profession and owns an accounting firm in Malaysia but does 100% handmade heritage arts mainly dough figurines because of his passion for this art. He also produces cultural diorama and has held repeat exhibitions in China and Malaysia. He set up this art and cultural centre in June 2015.

The delegation then moved on to meet with one of the most renowned and well-established artists in Malaysia, Associate Professor Awang Damit Ahmad, 64, at his office in Teluk Panglima Garang, Selangor.  Awang Damit as he is fondly called hails from Kuala Penyu, Sabah but have made Selangor home more than 20 years ago. Both parties held some discussions and exchange of ideas pertaining to visual art and its conservation and preservation.  The delegation was also taken to Bangkita Ceramic Studio adjacent to his office which is run by his son, Muhammad Iqbal Awang Damit, a ceramist who learned the art of ceramics at Universiti Teknologi Mara, Perak and Incheon , South Korea.

The delegation later visited HOM Art Trans, Kuala Lumpur, an independent art space run by Bayu Utomo Radjikin who hails from Tawau, Sabah. Bayu who is the director of HOMS and has been running his art space since 2007 shared his experiences and gave some suggestions and insights to the running of GAH.

The delegation made a short trip to the Islamic Arts Museum Malaysia at Jalan Lembah Perdana, Kuala Lumpur and witnessed a vast display of architecture, quran & manuscript as well as India, China and Malay Galleries and learnt some inputs in the running of the Museum Shop.

The delegation last stop was at the National Art Gallery and was welcomed by the Director-General, Amerrudin bin Ahmad.  The group was given a briefing including exchange of ideas with UMS delegation and a tour of the Curatorial, as well as the Conservation, and Restoration Rooms at the Gallery and learnt a few facts regarding the subject-matter.